Getting ready for a weekend in the UK with Spike. I was asked to wear at least 3 layers of rubber when arriving so I started to gear up. First a sleeveless rubber shirt, then my 0.35 mm rubber catsuit, over that my cycle suit 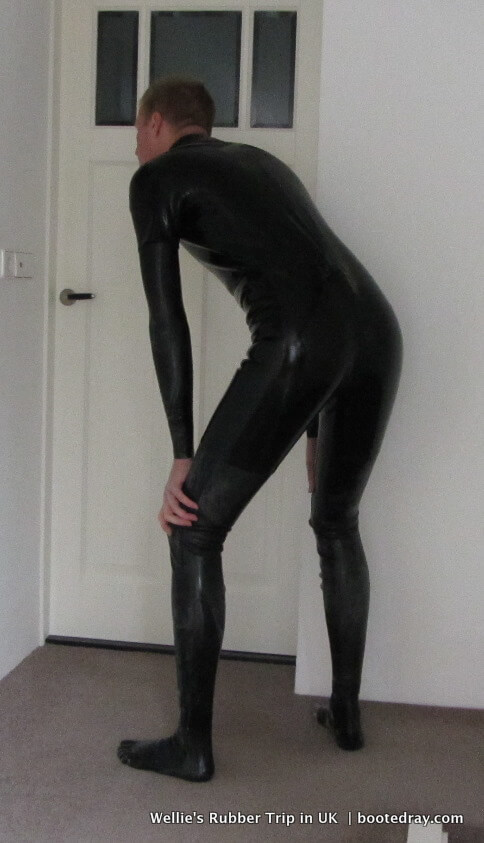 I added toe socks followed by my 0.9 mm catsuit. Finally my shorty suit and after my normal jeans and a sweater my Bata rubber boots. I drove to the airport like that and flew to the UK. 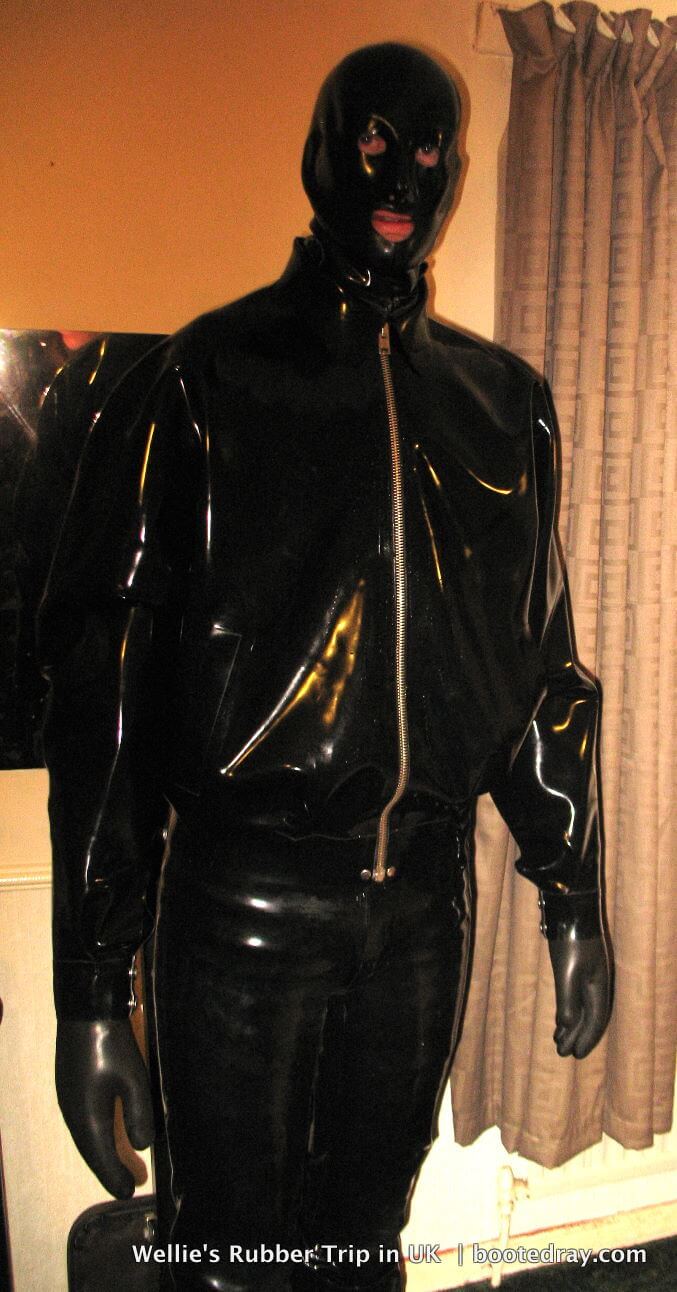 Once I had arrived in the UK off came the jeans and sweater and also my rubber jeans to continue the layering. Next a short and long sleeved shirt, then my red shorty, my 1.2mm rubber catsuit with attached gloves and socks followed by another catsuit. Then a wetsuit, 2 pairs of industrial gloves and my rubber jeans again to be complemented by my rubber jacket and boots. 11 layers and it felt great, very difficult to move but the all over pressure was just awesome. 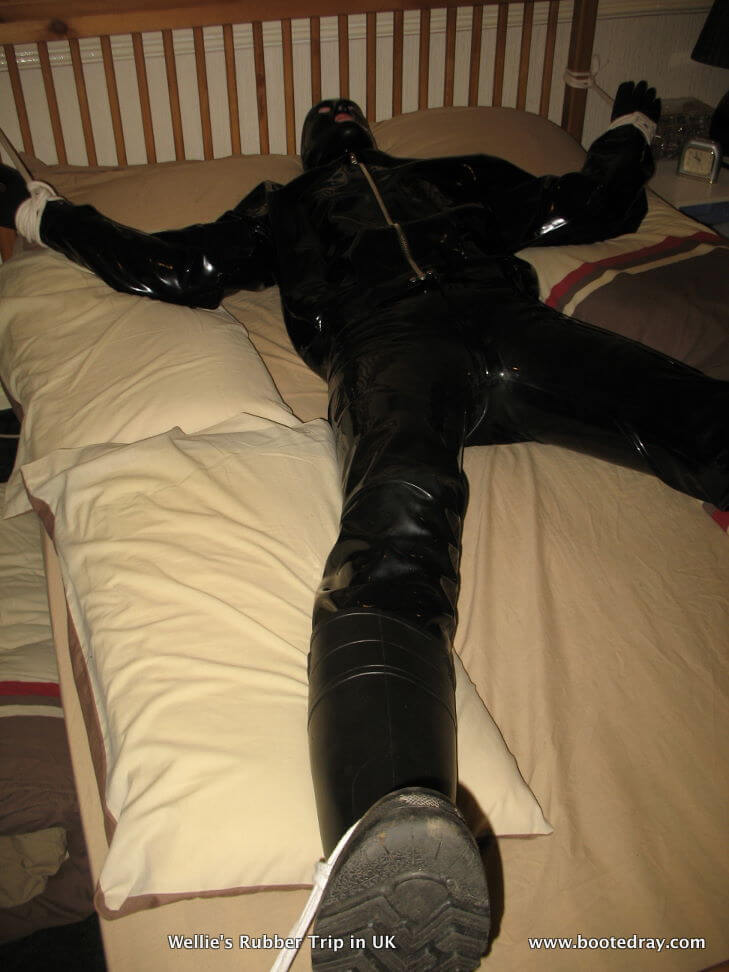 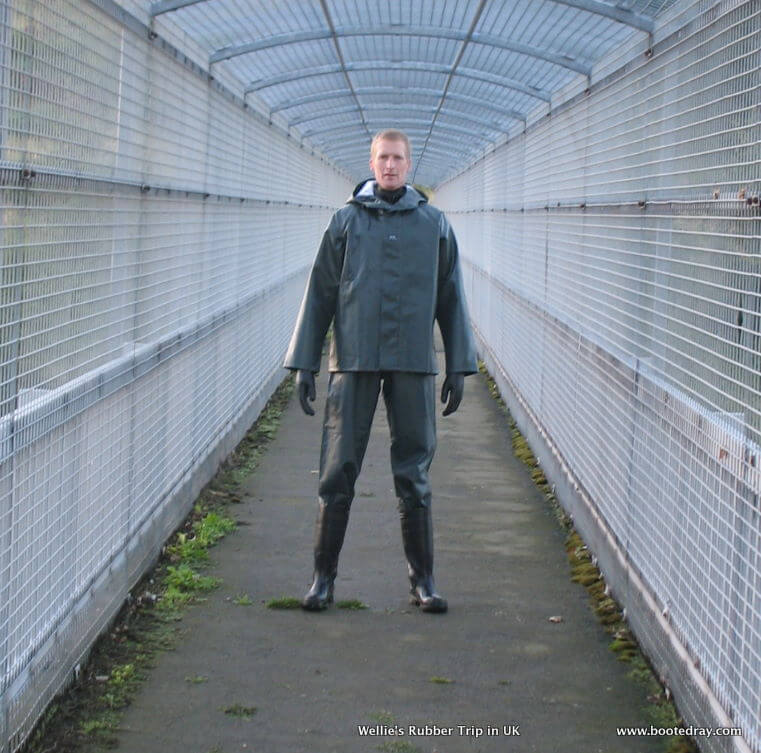 The wetsuit and Jacket/Jeans were replaced by heavy duty Helly Hanssen PVC raingear for next day’s mission, climbing Eston Nab and be out in the open seen as a rubbergimp 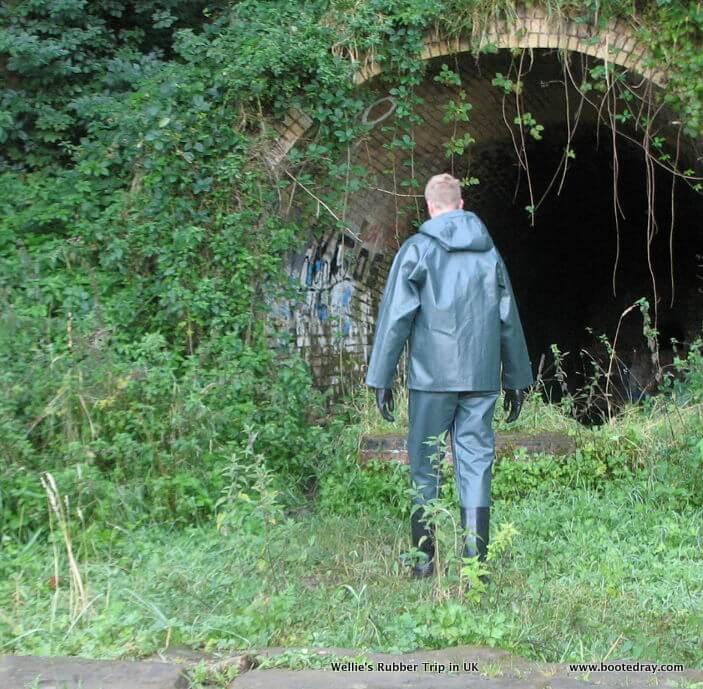 Exploring the remains of an old mine, layered in rubber makes it even more of an experience out of this world 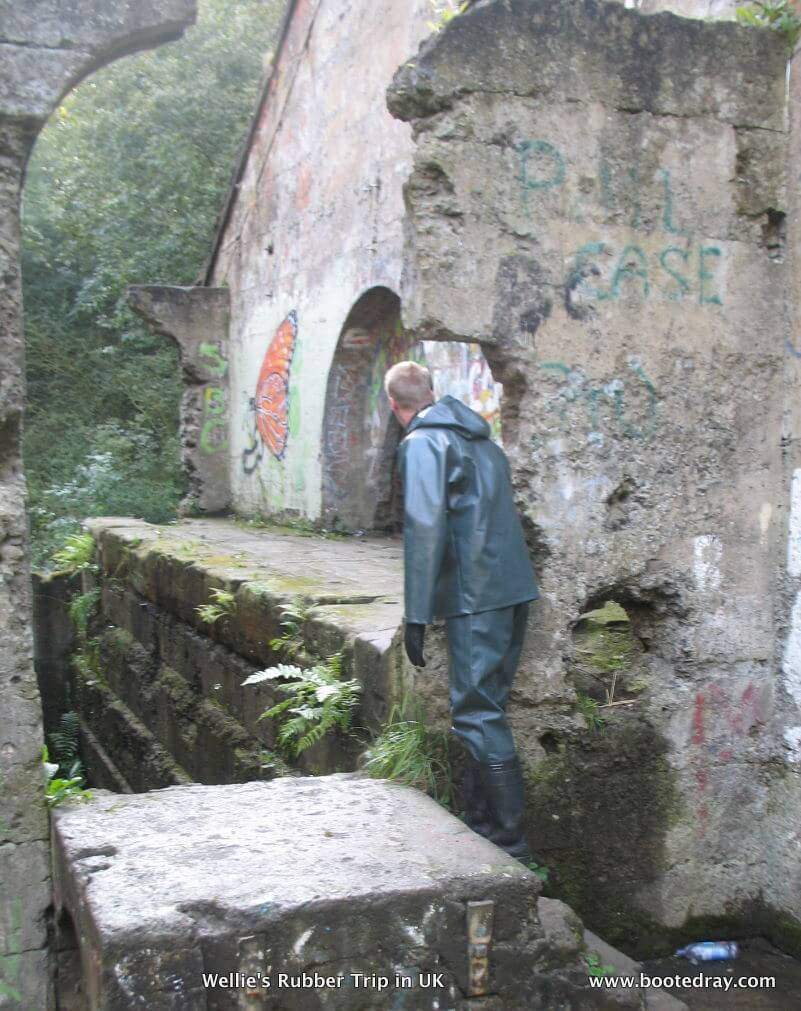 Even more ruins to explore, it was hard to move with all the rubber on but managed to get round most of the remains 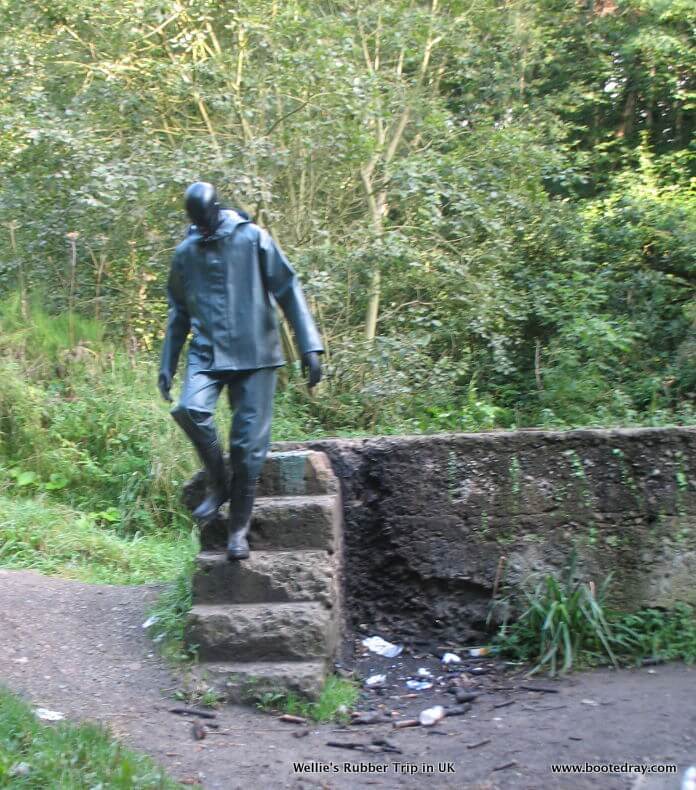 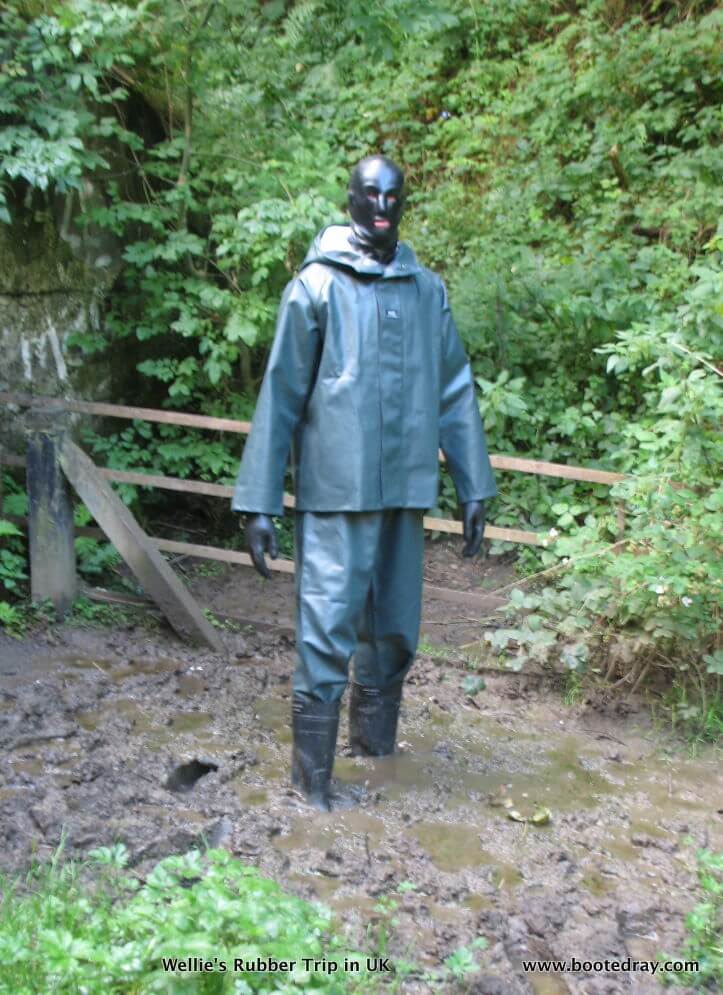 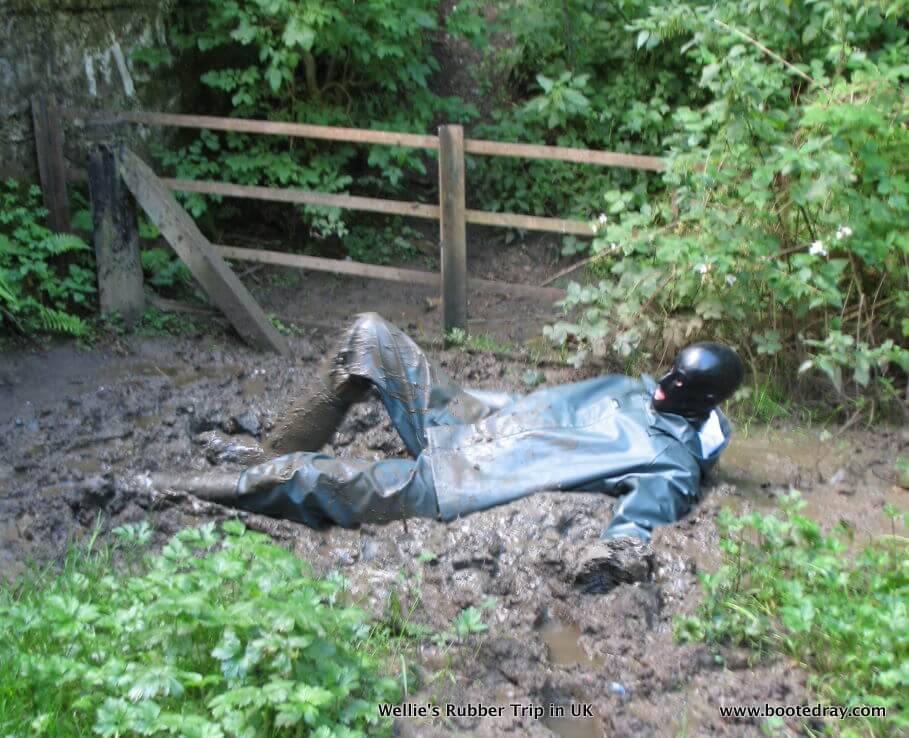 Already in the mud I was made to show I am a total rubberpig, no way out I had to get down 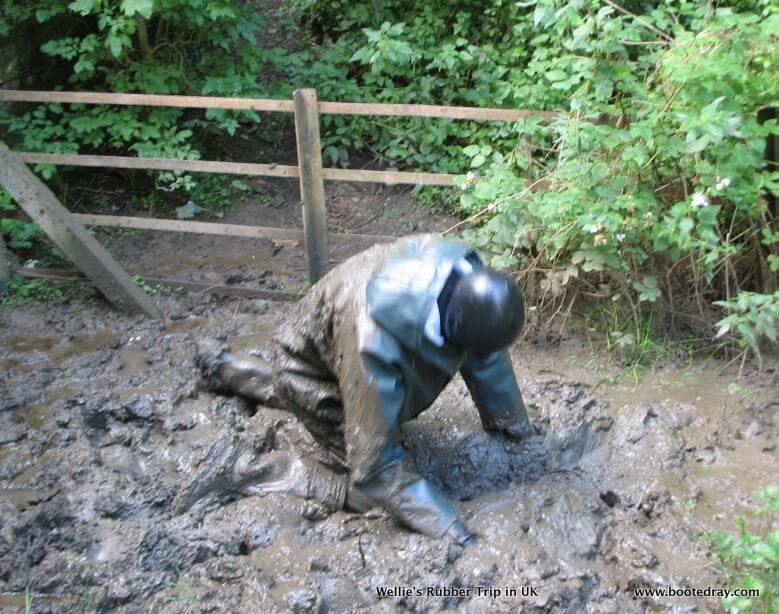 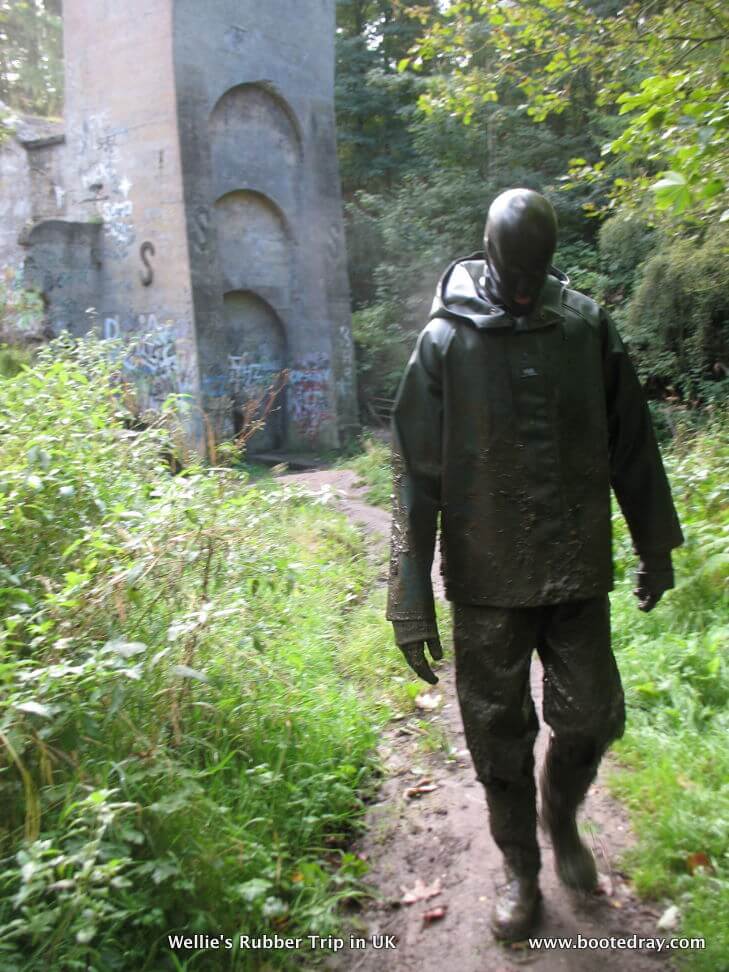 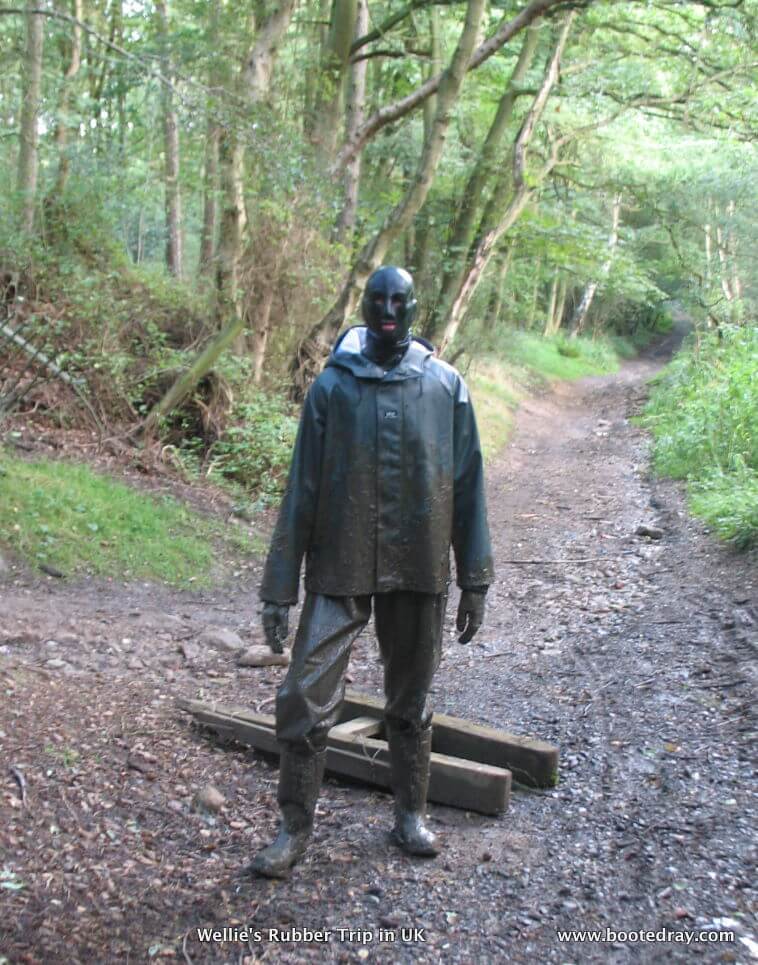 Continuing climbing up the hill, now shown off as a muddy rubber pig 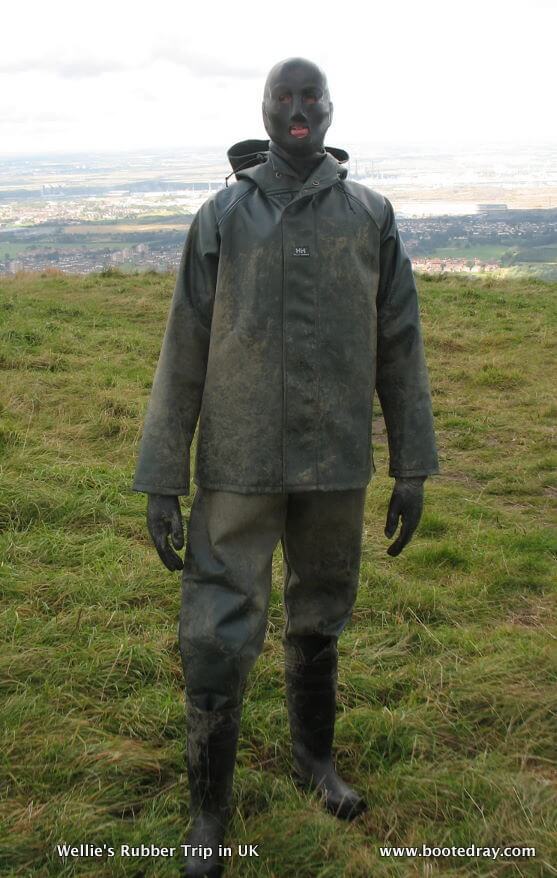 Rigtht on top of Eston Nab, quite some climb in 10 layers of heavy gear but just what this gimp needed! 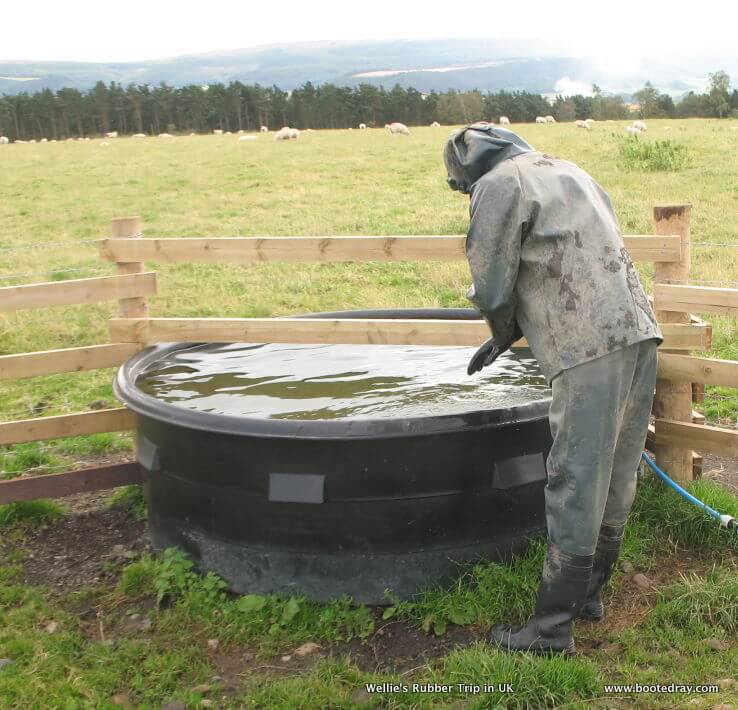 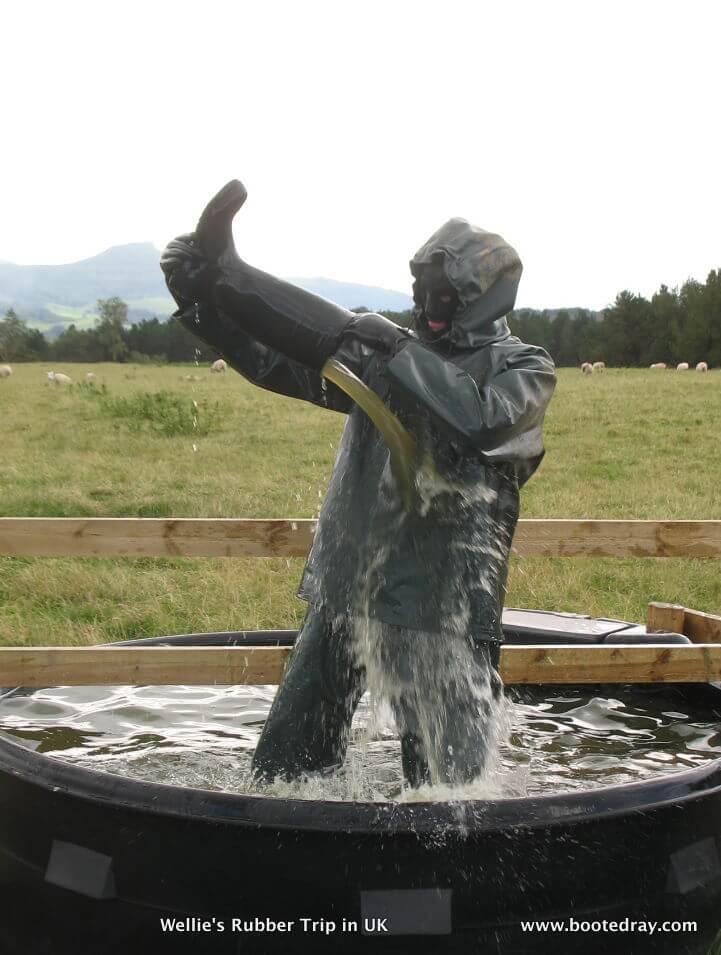 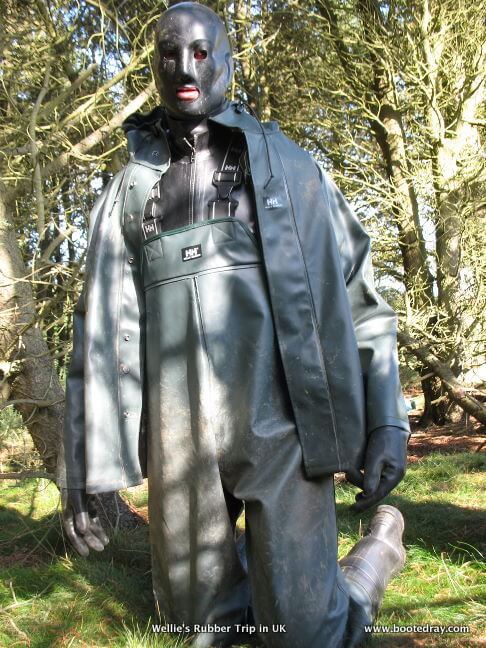 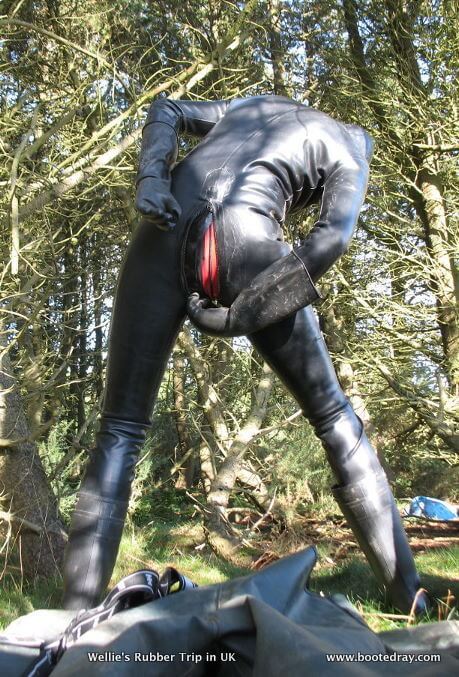 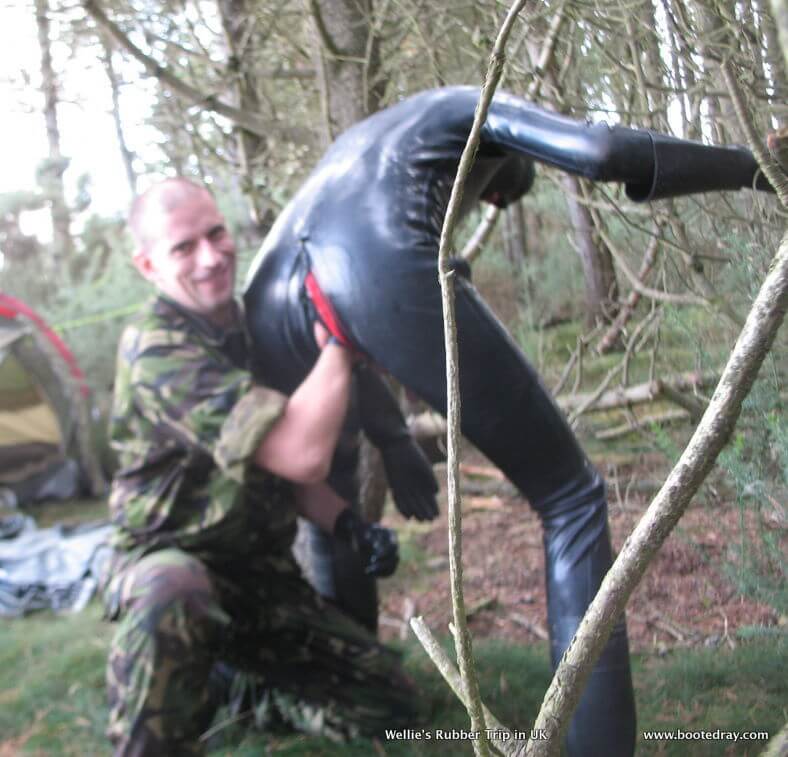 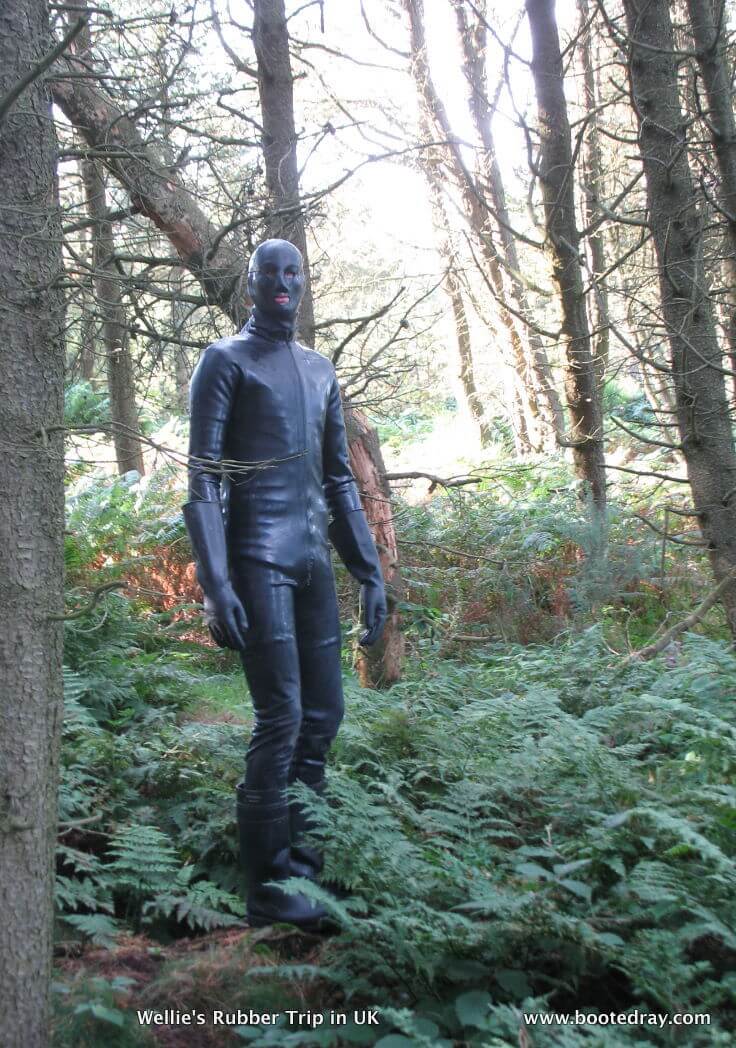 Exploring more of the woods as a rubber gimp, 9 layers of rubber keeping me sealed in. 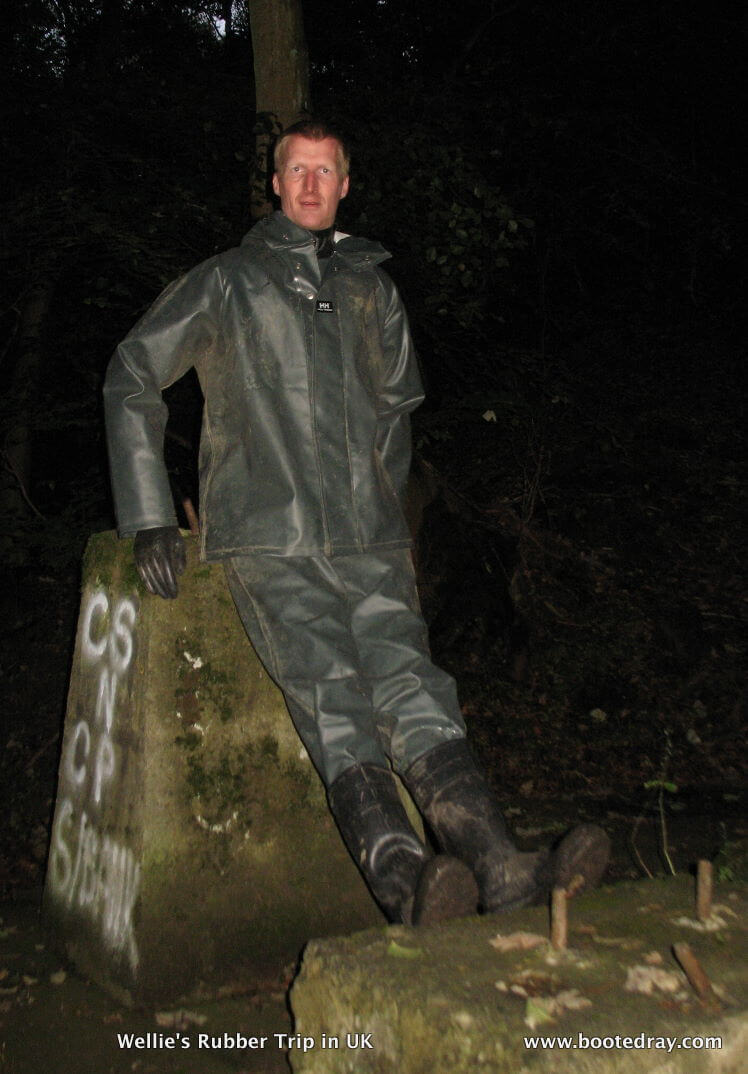 Near the end of the trip down hill, still layered up, tired but still very happy to be made a rubbergimp. Thanks for an awesome experience Spike! 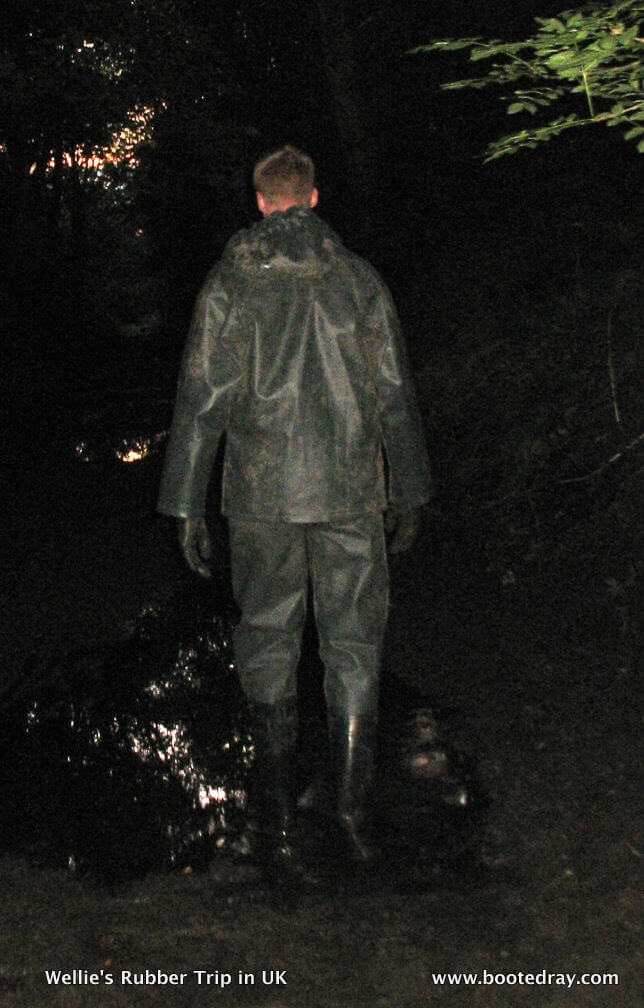 Me in Rubber Jogging Suit

This website uses cookies to improve your experience while you navigate through the website. Out of these, the cookies that are categorized as necessary are stored on your browser as they are essential for the working of basic functionalities of the website. We also use third-party cookies that help us analyze and understand how you use this website. These cookies will be stored in your browser only with your consent. You also have the option to opt-out of these cookies. But opting out of some of these cookies may affect your browsing experience.
Necessary Always Enabled
Necessary cookies are absolutely essential for the website to function properly. This category only includes cookies that ensures basic functionalities and security features of the website. These cookies do not store any personal information.
Non-necessary
Any cookies that may not be particularly necessary for the website to function and is used specifically to collect user personal data via analytics, ads, other embedded contents are termed as non-necessary cookies. It is mandatory to procure user consent prior to running these cookies on your website.
SAVE & ACCEPT